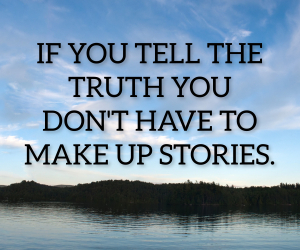 This story represents 9 years of the so called “Feud” between Richard Peters, the Canadian Valley Poultry Club, the MEGA SHOW, the Oklahoma State Poultry Federation, the Arkansas Shows and finally the APA’s corrupt leadership.

I became a Lifetime Member of the APA when I was in High School, worked hard to study, work with mentors of the day and finally take my judge’s license test in 1972. Yes, I became the youngest APA judge in APA history and I was very proud of this accomplishment. I took my judges test under the legendary Hi Patton of KS. My mentors include Ken Poynor-Norman, OK, of Cornish fame, Leo Bowers-Stillwater, OK of Orpington fame, A.J. Lance- Alex, Ok known for his Leghorns, Dave Sherell- TX known for his OE. Plus numerous other poultry legends.

After High School I worked with our local FFA Chapter for several years coaching our Poultry Judging Team to several State Championships and a 2nd place finish in the FFA National event. I produced, promoted and conducted my first show when I was 20 and my assistants were the legendary Eugene Murnan- Noble, OK and Corky Higbee also of Noble. Eugene and I traveled to many shows and won some nice accolades and build nice flocks of Barred Rocks and SC RI Reds which I found and purchased from all over the country.

I received a Federal Law Enforcement Grant in the 70’s and had to move to town and I gave my half of the birds we had accumulated to Eugene Murnan. My poultry world was put on hold for 35 years. During this time I became very involved in sports and law enforcement. I traveled over the world producing events in Russia, Luxemburg, Sweden, Finland, etc. I also coached 3 Jr World Championship teams winning a World Championship, a 2nd place and a 5th place my very first year. All of our events were drug free and were drug tested for Anabolic Steroids. My greatest achievements while away from the poultry world were 1) conducting events in Caesars Palace on the Strip in Las Vegas, 2) producing an event at the Russian Olympic site in Moscow, Russia, 3) being the first promoter to bring a Russian Team to the USA (Atlanta, GA), starting the very first drug free and drug tested powerlifting organization in the world, 4) creating the very first drug free/tested High School Nationals powerlifting event, 5) creating and establishing the very first Youth Powerlifting Program in the world, 5) Established events where women lifters could actually compete as women in events along with the men competitors and the list goes on.

I post this background info to acknowledge the fact that I have a background of success, always forward looking and listening to the people and hearing their voices, requests and suggestions.

Most people would have simply given up this battle in the poultry world years ago and simply allowed the bullies, thugs and henchmen who basically have ruled the poultry world in this area for years, decades to control the exhibition world. These people are attempting to monopolize the poultry world, the shows, the judges and now the national organization in an effort to rule as monarchs and kings thus stifling new ideas, new shows, new judges and new concepts.

I love to promote… period. I have promoted many events over the years and have almost always been successful in all of them. But I learned one thing right away, it is easy to promote as long as you have something of good quality, honest, fair and open to work with. I truly believe in concentrating on Quality first and then Quantity. Some people unfortunately believe goo promotion includes spreading lies, half truths and tearing everything around them down so they appear bigger than the rest.

It All Started Here

I decided to take my youngest son to the county fair in 2012. At that county fair I realized that poultry in this area had deteriorated to a deplorable state. I believe we had only about 80-100 birds entered in our county fair and most of these were commercial/hatchery birds and most were of poor quality, hardly any in condition for a show and the show was on the verge of collapsing. It was here that I ran into John McDaniel. At first I avoided him for fear he would ask me to help out him and the fair (tongue in cheek here). But eventually John cornered me up and I had no escape path and then he asked me the dreaded question I was fearing like the plague… “Would you help me get this County Fair Poultry Show started again, in the right direction”. Eventually I said yes. You see, John and I and his family showed against each other in the 60’s at the Fair. He lived in the northern most area of the county and I was in the south and yes, there was serious competition in Beef cattle and hogs. I told John I would “help” as much as I could (still hoping to find a way to escape). But when we left the fair that day my mind went to work. I love challenges, I enjoy overcoming obstacles and the best way to challenge me is to tell me something can’t be done.

When we left that day my son (14 at the time) told me that he knew I would be asked to run this project. I told him “NO Way” and he merely laughed. I am NOT trying to brag on myself here as I know my critics try to portray me as a braggart, etc.. I am merely stating fact. As they say, “It’s not bragging if it’s fact”. Another of my problems is that I am a take charge type guy and I like to get things done and don’t like to sit around and either talk myself out of an idea or let other naysayers convince me that all new ideas and changes are bad ones.

Long story short(er), We, John and I, working together along with people like Eddie Richmond, Kristi Richmond, Eldon Murnan and others, we built our County Fair Poultry Show into the largest County Poultry Show within 3 years. 550 to be accurate. 90% Show Quality, conditioned, etc. A mini State Show.

Then My Mind Started Working

After the challenge of being asked to help with the County Fair had been achieved I started thinking (this is when I get into trouble) what about doing some larger shows? My first thought was not NO but HELL NO. It had been 35 years since I did a show, again, No Way.

Well, again, that NASTY WORD came up, the one I fear the most… It’s a CHALLENGE. Yet another pesky challenge..

And the bad thing is I had people encouraging me, egging me on. Darn the bad luck.

Yes, I did decide to do a show. The first one was only 485 entries and we thought we were doing  a world championship, etc. Starting a brand new show with no experienced help and a show promoter who had been out of the business for 35+ years is NOT an easy accomplishment. Most people can never imagine the work that has to be done on ANY show, regardless of size. Exhibitors should consider this when they start complaining about ANY show. Instead be THANKFUL they even have a show.

So now we were in the Show Promoting Business. But we could have never imagined what obstacles we were about to encounter. I must say, I went into this thing with a 1970’s mindset and we walked right into a modern day house of horrors… Welcome to the Real Poultry World of the 2000’s.

John asked me to attend my first OSPF meeting in 2013. John was already on the board so I agreed to attend. It was a good meeting but after attending I told John that I saw some real problems with some of the things I experienced while there. But I was new to the club, they had their system and it seemed as though it was working for them so I kept my mouth shut and listened and watched. Before I left that day I was asked to serve on the board by several other officers. I reluctantly (and I do mean reluctantly) said OK. Keep in mind I loved the OSPF of the past and also the APA of the past (1960’s & 70’s) but I never could have imagined what I was about to experience from that point on. 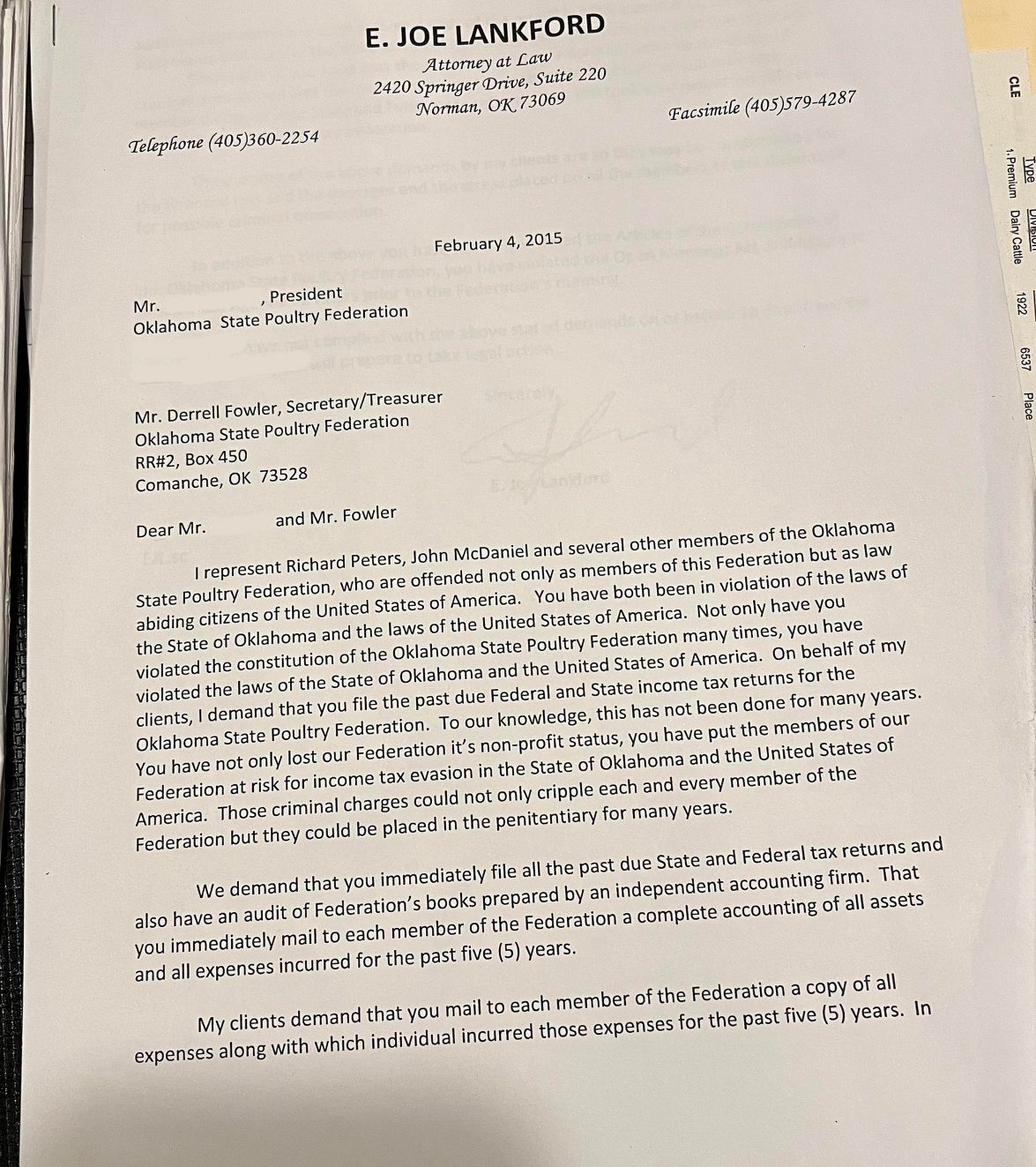 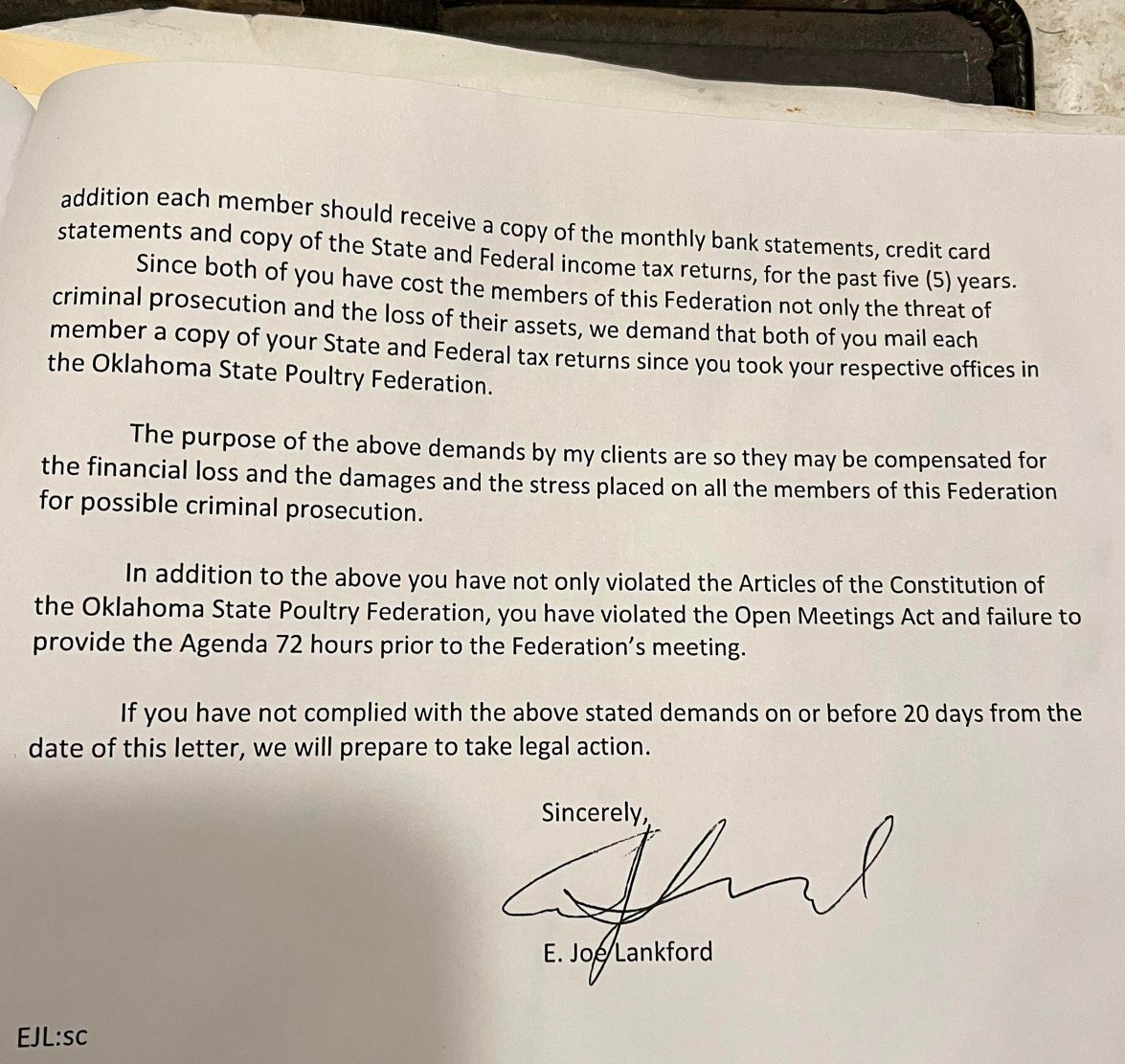 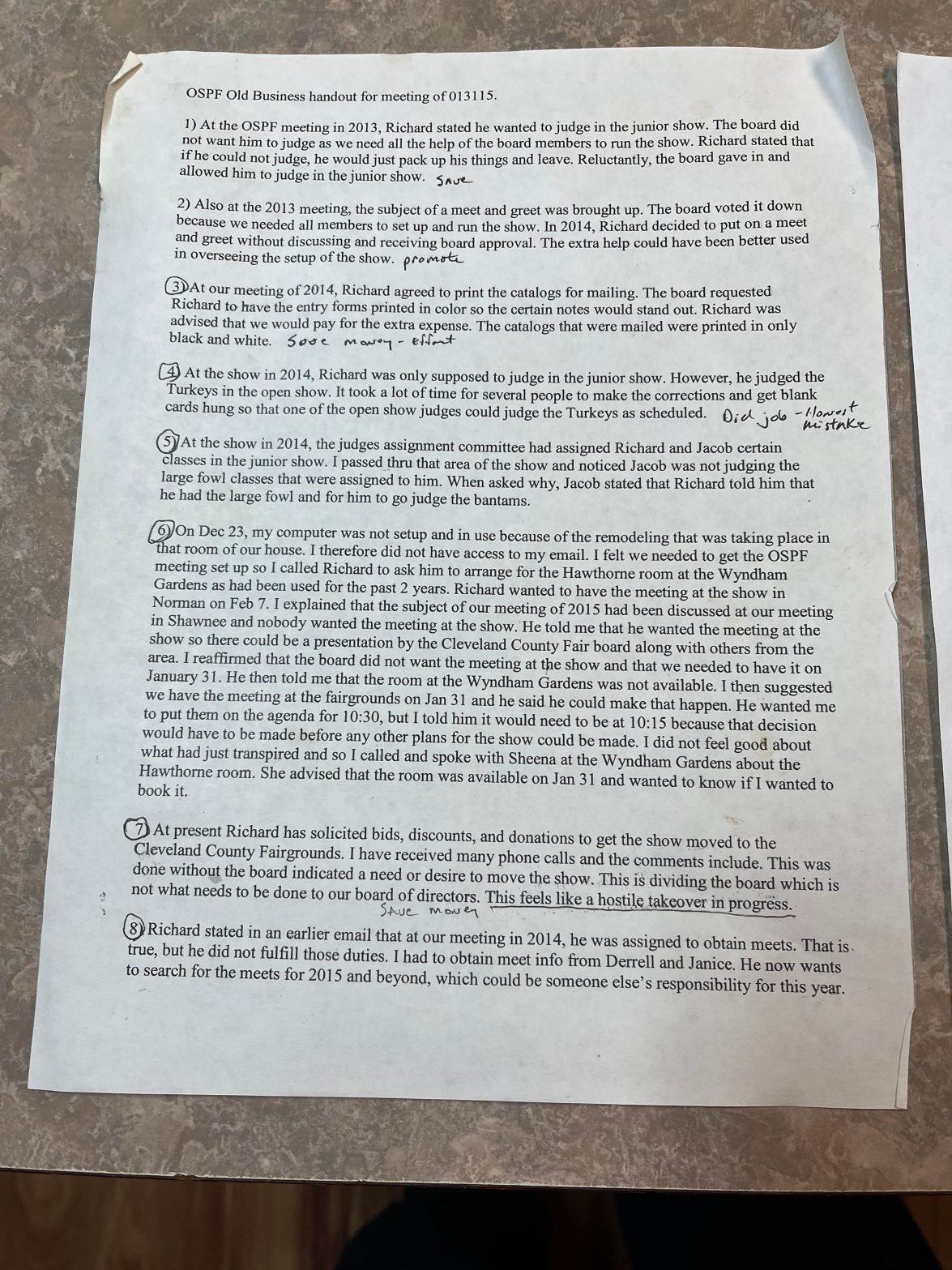 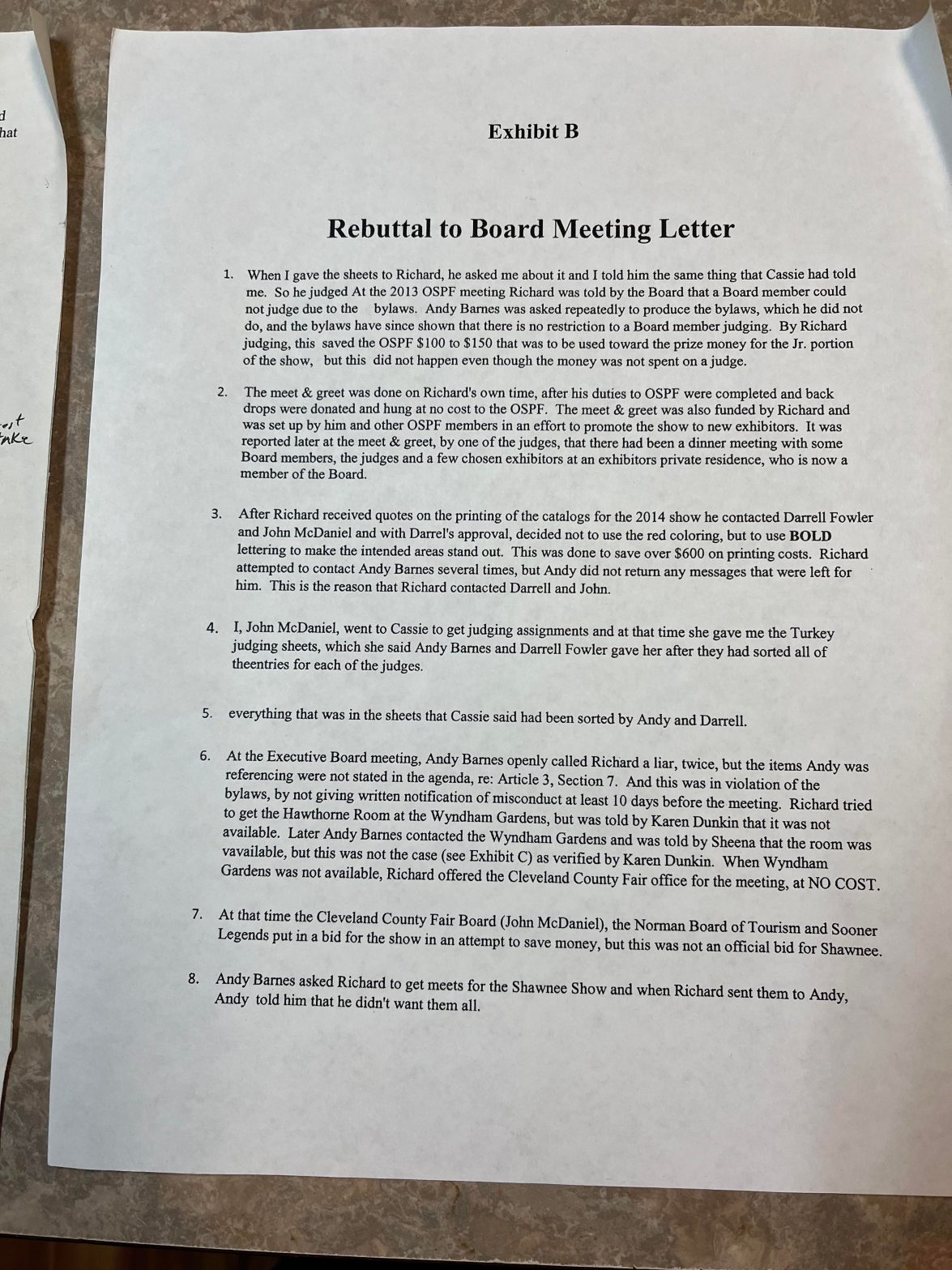 These 2 Exhibits are in response to Item 6 above. 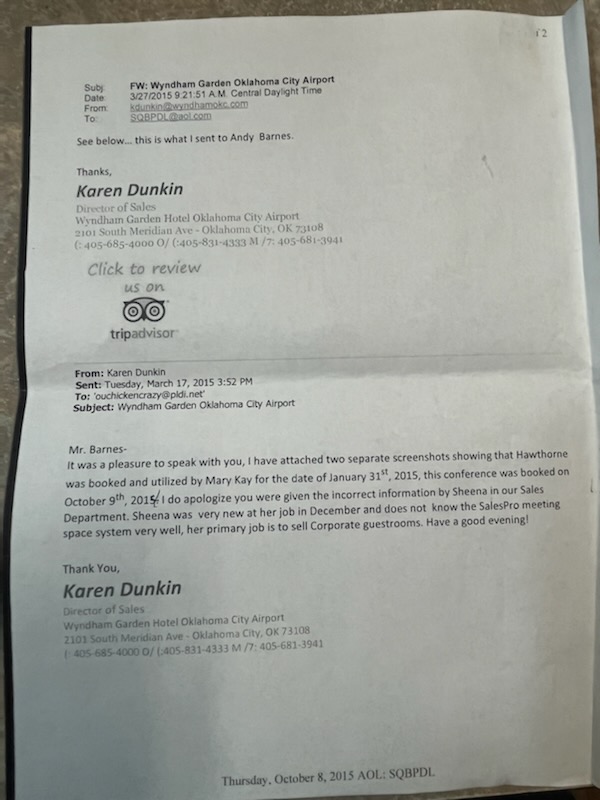 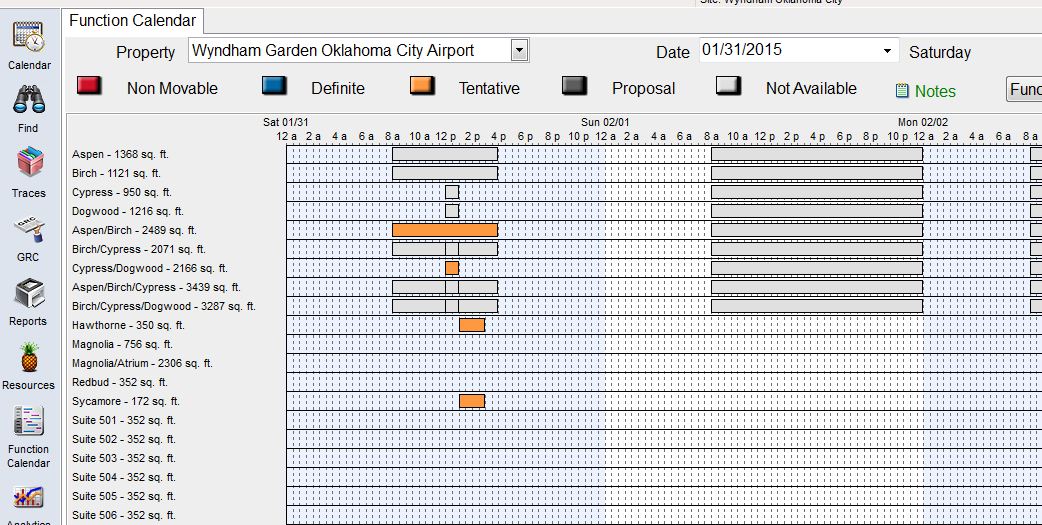 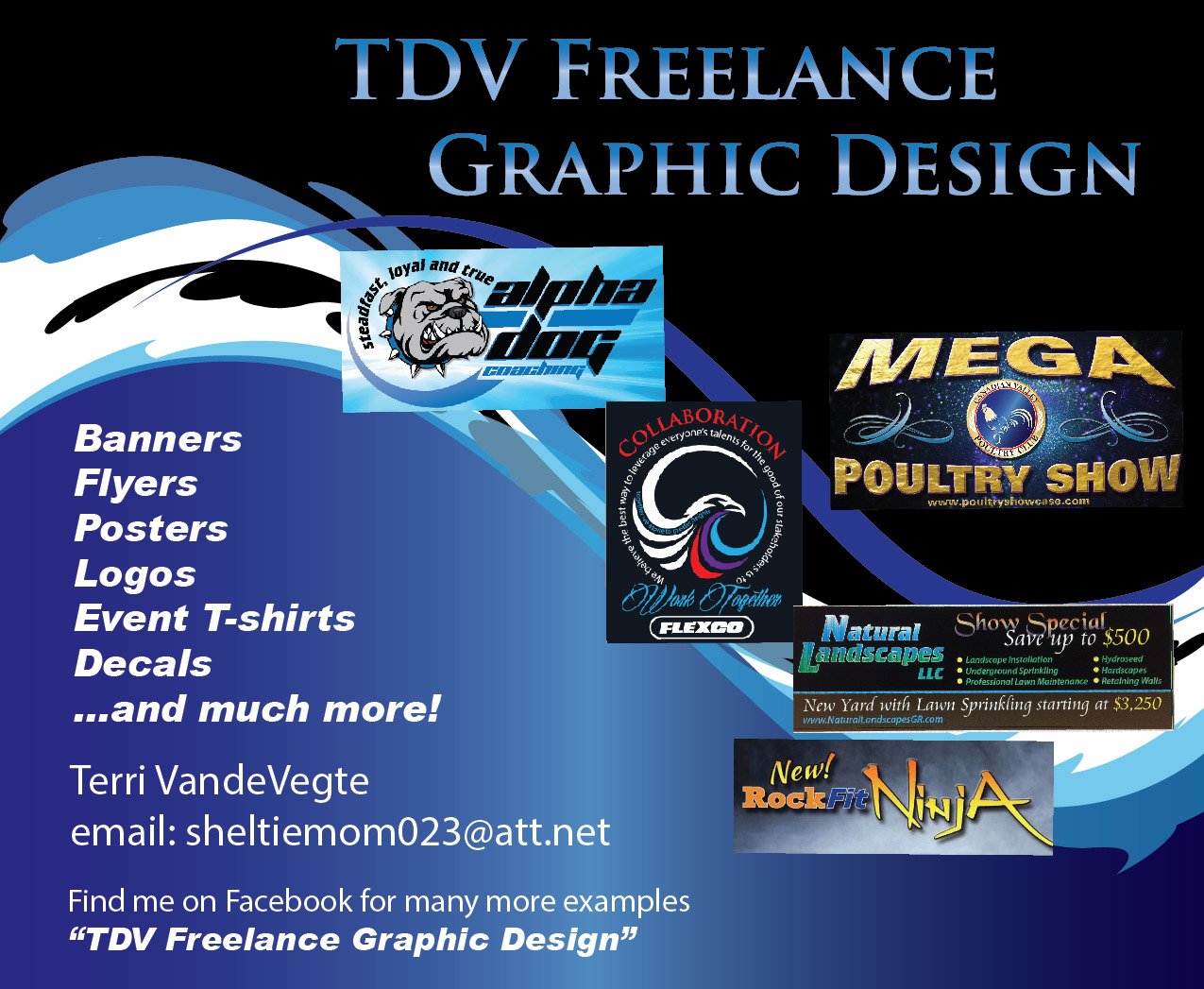